Our Bricks and Mortar shops are now closed until 2nd December:

We are offering a free delivery service to customers who are local to Thornbury and Wotton, just choose the Free Delivery option when checking out. Please note: if you choose this option and are not local then we reserve the right to ask for the postage amount to be paid before we can ship your order. During the lockdown our local area will be expanded - if you are unsure please just email, message or call and we will let you know whether you qualify for this service.

We can still offer a click and collect service during the November lockdown - just order your items and choose click and collect from the shop of your choice. We will let you know when your order is ready for collection

Any orders received will be processed as soon as possible, and local deliveries will be sent out within a few days depending on where our delivery driver is scheduled to be.

Thankyou so much for your continued support, it really is appreciated

Tina and the team at LoobyLou Yarns 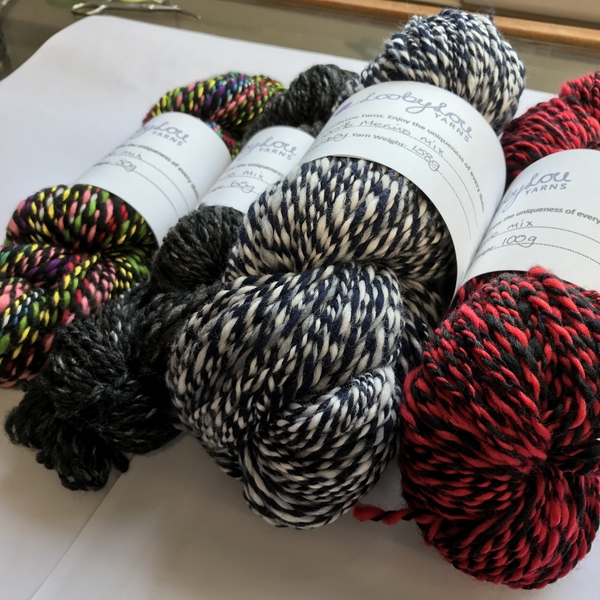 I've been spinning quite a bit lately, and the more I spin the more I love doing it. Its so rhythmic and gentle that you can't help relax and enjoy it. I can even watch a little bit of TV now, once I've got used to the feel of the fibre and how its spinning up.

I just thought I'd share with you some of my latest creations. Probably two years ago I went to a show and bought a bag full of odds and ends of Merino - I had no idea what was inside the sealed bag but it was going fairly cheap and I couldn't leave it there. Since then it has sat on a shelf in the shop stockroom, moved to Wales with me and sat on a shelf in the craft room. I decided it was time to do something with it, so I opened it and found a whole mish mash of colours in varying amounts. Some of it was a yukky brown which really was too yukky to use but the rest was a mixture of colours with a whole lot of black there too.

I decided to spin the black first to see how much there was, and then I spun all the small amounts of colours onto one bobbin - they looked so pretty and I realised that plied with the black they would look lovely, and I was right! A little skein of rainbow yarn that looks just like Liquoirice allsorts - beautiful. I wish I had had more of the colours to make more of this - so bright and cheerful I love it.

Next I had to use up a whole load of red fleece, so I spun this and also plied it with the black. Such a contrast with the red against the black, actually quite stunning if you like bold and brassy! I am a fan of red, so I love it.

With all the black used up, I turned my attention to the navy blue. As I loved the contrast of the red and black, I thought I would try another bright combination and so I used up the white and the silver fleece and plied it with the navy. Again, such a stark contrast made for a lovely bold effect.

I'm loving all these bold contrasts, and am thinking that this is where I may head for most of the yarn that I make. Not to say I won't be spinning up some other colour ways - its Wonderwool in a few weeks time and who knows what delights I will come away with from there. And there's also all my alpaca fleeces - natural colours only for those beauties, but I shall also be on the look out for bright bold coloured fleeces to contrast each other once spun into yarn.

All of my handspun yarn is available on this website with more being added all the time now. I just hope you like it as much as I do! 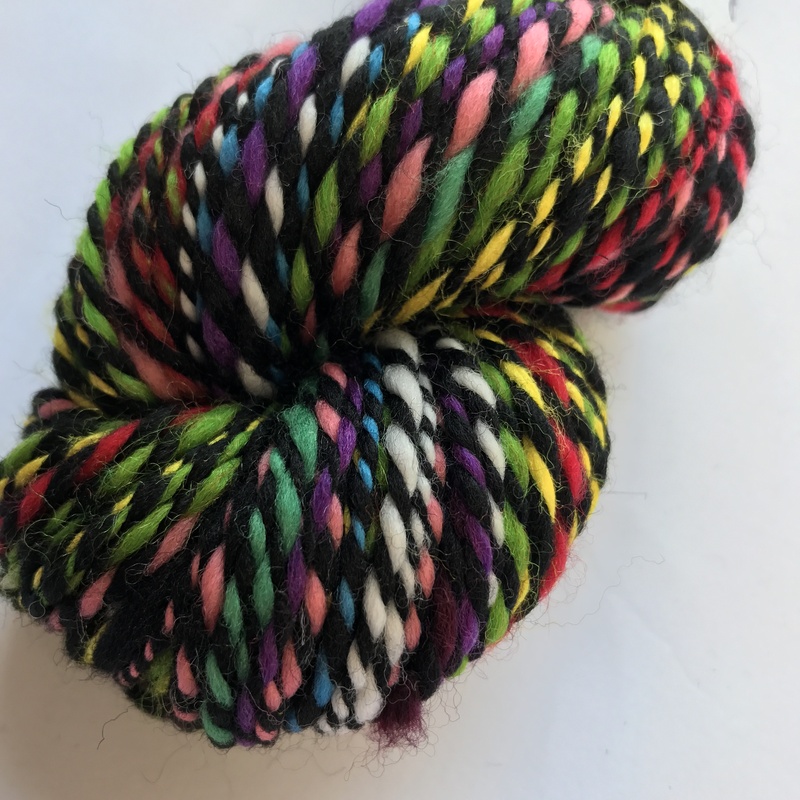 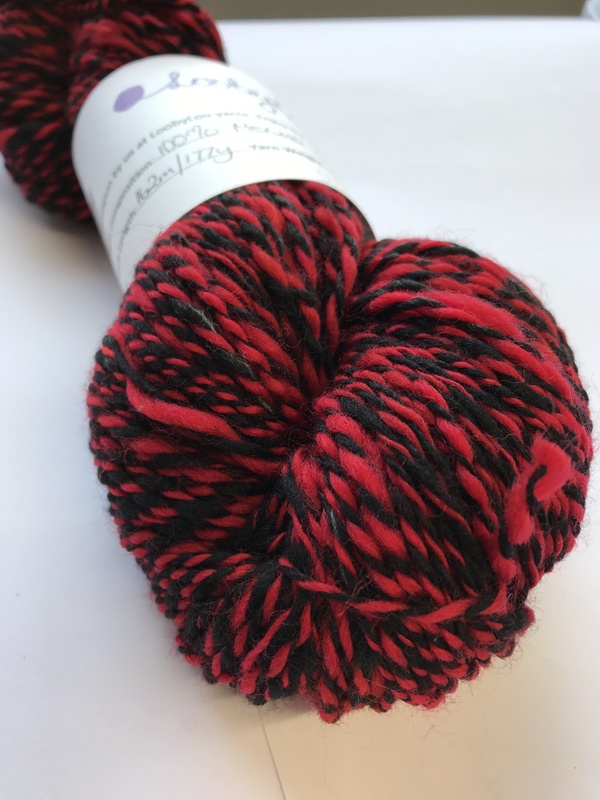 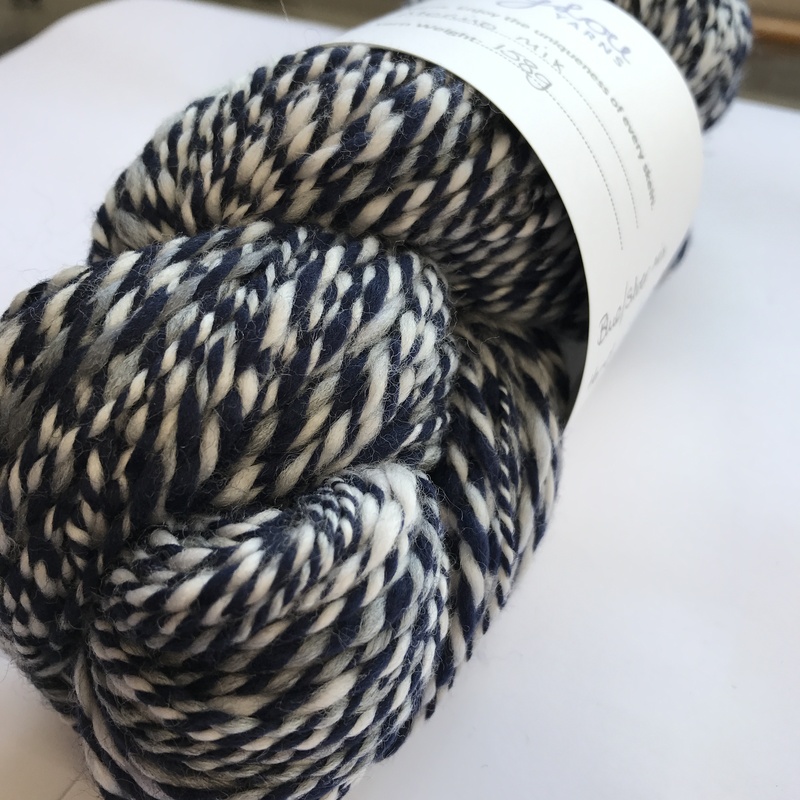