Our shops are now closed, but...

We are still offering a free delivery service to customers who are local to Thornbury and Wotton, just choose the Free Delivery option when checking out. Postcodes that qualify for free delivery are detailed when you are choosing your delivery method.
Please note: if you choose this option and are not local then we reserve the right to ask for the postage amount to be paid before we can ship your order. (Non local orders still qualify for free delivery if the order total is more than £30.00)

Please also note that we have had to place a minimum order spend of £5.00 to qualify for free local delivery

We can also offer a Click and Collect service from Mint Plants in Wotton, you will receive an email when your order is ready for collection

Thankyou so much for your continued support, it really is appreciated

Tina and the team at LoobyLou Yarns 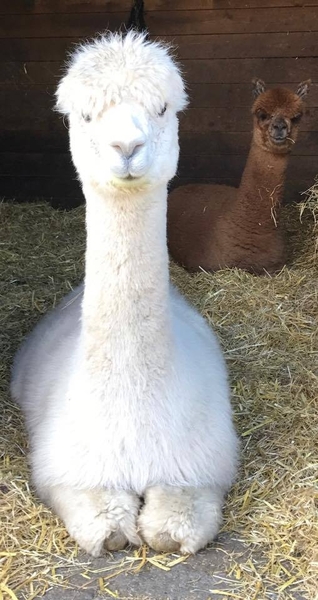 This is a long one.
We have had a bit of a traumatic time with the Alpacas lately, resulting in us losing our wonderful Daphne to heart disease ....

One Saturday evening, having been fine all day, Daphne started heavy breathing with flared nostrils. Concerned, I sent a video to Emma (my Alpaca Guru) who thought that she may have been stressed by something, so the opinion was to leave her quiet and warm overnight and see what the morning would bring. Sure enough in the morning Daphne was up and about, fighting for the food, hay and attention as normal. Phew - I was relieved she was ok. But not so. Later that afternoon she started to breathe with difficulty, making a 'catching' sound in her throat. So I called the vet and described her symptoms - he thought she may have a chest infection so came to visit her with all intentions of giving her antibiotics and something to ease her symptoms.

As soon as he listened to her chest he said that things had just got complicated. What he could hear as well as lungs full of fluid, was a very large heart murmur which he had never heard the likes of in any large animal before. Things were not looking good, but we decided on some treatment to see if it would lessen the fluid and enable him to hear the heart more clearly. So poor Daphne had painkillers, steroids, antibiotics and diuretics with the plan for the vet to visit in 48 hours to evaluate her again. I stayed with her for a couple of hours, and she settled into the straw bed so I left her to sleep.
In the morning, she was up and about, desperate to get out of the stable and wolfed down her breakfast and ate hay. I really thought that the drugs had helped and she had turned a corner. So all day I checked on her every hour. At three pm I went to the farm and she was in the field eating grass. I didn't go over to her as she looked just fine so left her there munching away.

Sadly, later at 4pm when I went to see her. she was in the yard and her breathing was worse than it had been the night before. So I called the vet again to come and see her. This time I got a lovely vet called Emily, who knew a fair bit about camelids having done an extra module in her training with Claire Whitehead (who is an expert in camelid care). By now Daphne was lying down in the stable struggling to breathe with her head almost lying on the floor, quite obviously in trouble. Emily listened to Daphnes chest and actually gasped at what she heard - in her words 'a stonking great heart murmur'. Either this had always been there and something had made it worse, or she had had something like an infection happen that had settled on her heart valves, causing her heart to not be able to pump properly.

To say I was devastated is an understatement. I knew what this meant but I had to be the one to make the decision. There was nothing more we could do for this beautiful creature who was looking at right at me, her great big eyes almost imploring me to help her. I am a strong person emotionally, but I have to admit that it took me longer than it should have to make this decision - I have made it before with cats and guinea pigs, but never with an animal so big and never with an animal that I had such a close bond with. Daphne had been 'well' two days before all of this and I couldnt get my head round the fact that I would have to let her go. But, with Emilys and my husbands help I did it. Daphne was suffering so much and no treatment would have made her better, so in bits, I gave her the biggest hug she had ever had (even though she hated hugs!) and said goodbye. It was so hard to do. And I left her with Emily and the nurse to help her out of her pain.

I can tell you I didn't sleep that night, and cried for the next day I was so affected by the events of the past two days.

We miss her so much in the yard. She was always the first to come and say hello, would fight you for the food bucket, would let me rub her neck (sometimes) and was so beautiful in every way. I look for her in the field sometimes, missing her white colour next to the other two. Beau and Autumn spent a few days looking for her and seem to have settled now but are missing their third amigo, so now I am over the shock of it all, I am looking for a new amigo to join the gang. Life is very quiet with two Alpacas, and for their sake they need to be in a herd, even if its a herd of just three.. 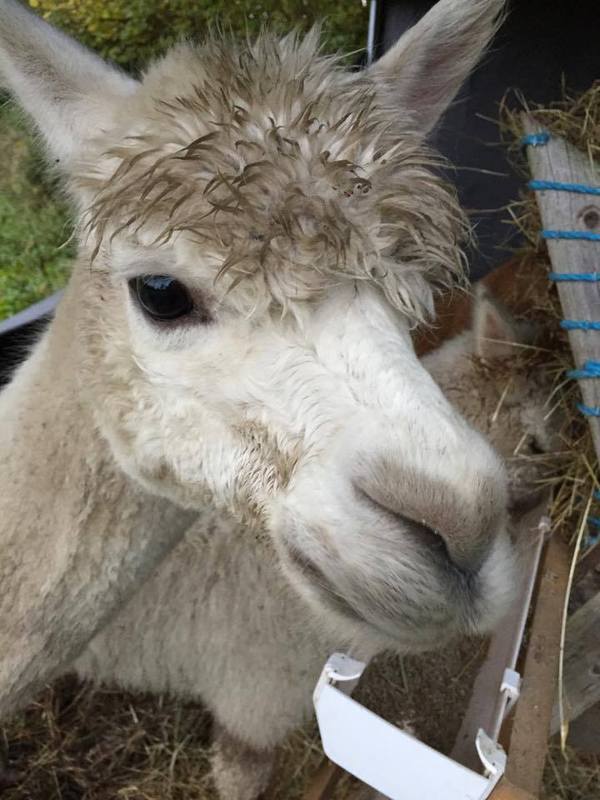 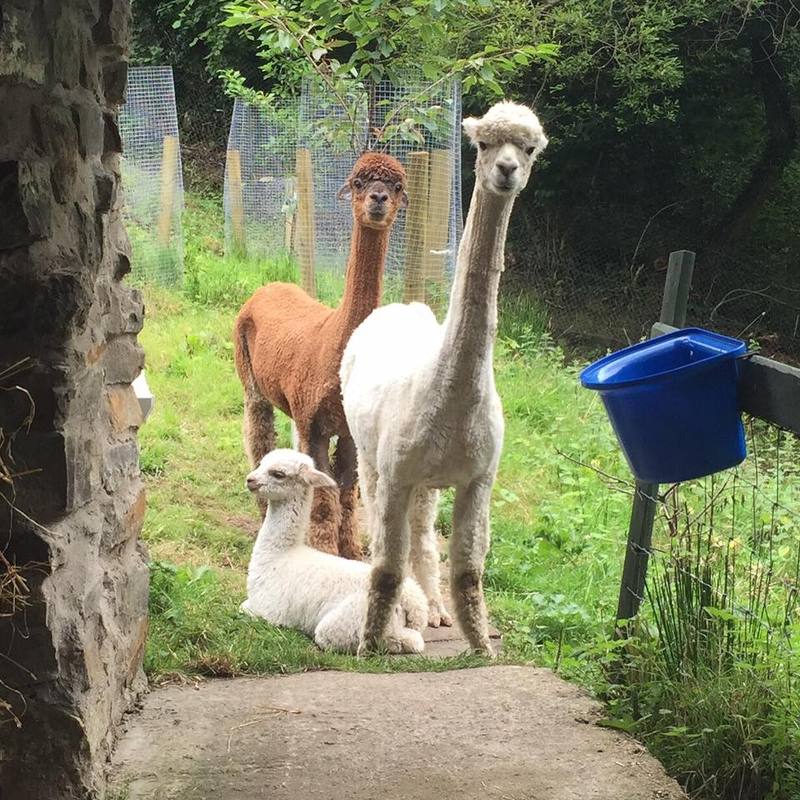 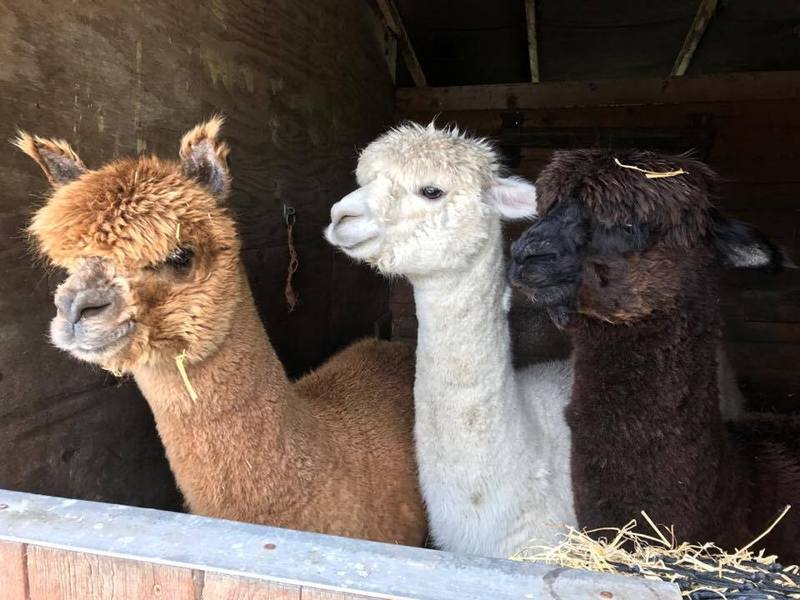 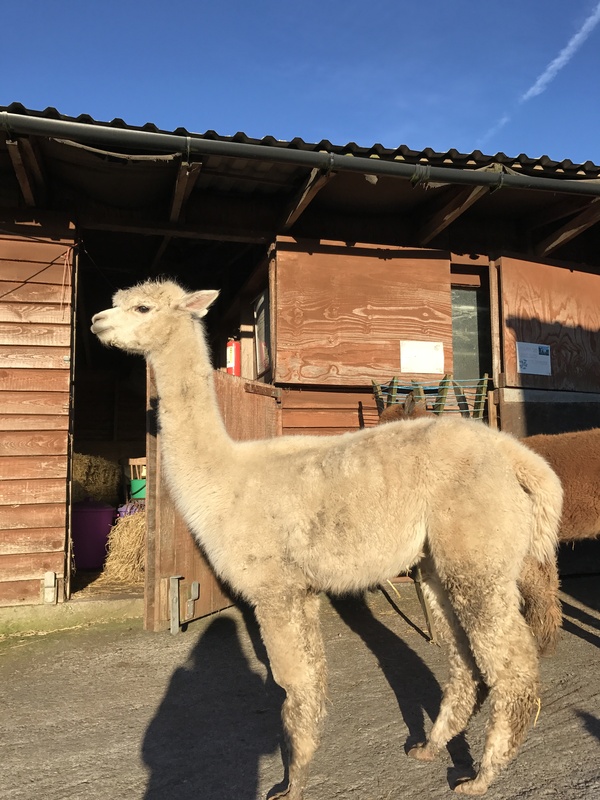